What Is Appendix Cancer? 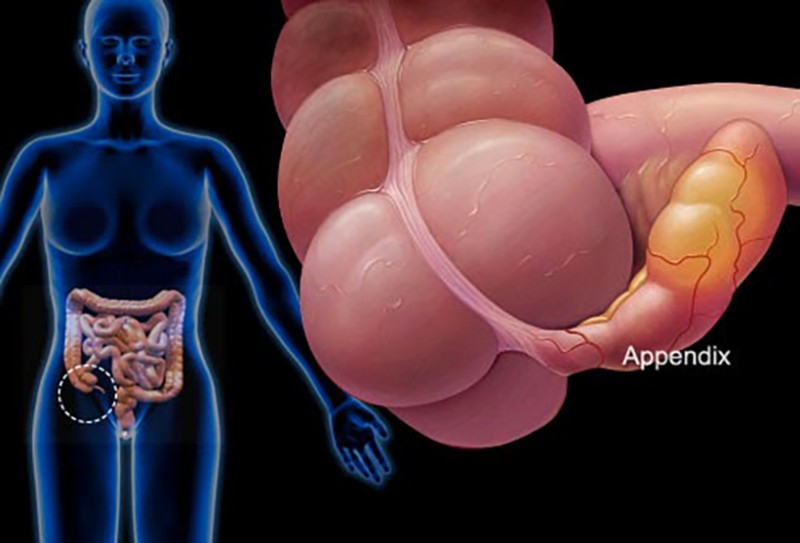 Appendix cancer is a rare type of cancer that grows in the appendix. There are several different types of appendix cancer, and a person often experiences no symptoms in the early stages.

The appendix is a tubular, finger-like sac around 4 inches in length that connects to the first part of the colon. Scientists do not fully understand the exact purpose of this organ. People can live normal and healthy lives without their appendix.

Appendix cancer, also known as appendiceal cancer, is extremely rare. Experts estimate that this type of cancer affects around 2 to 9 people per 1 million. Some studies suggest that appendix cancer may be on the rise, however.

In this article, we discuss the types, symptoms, causes, and risk factors of appendix cancer. We also cover diagnosis, treatment, and survival rates for this disease.

Appendix cancer includes several types of tumor cells that may affect various parts of the appendix.

Some appendix tumors are benign, meaning they do not invade and spread. Other tumors are malignant, and thus cancerous, which means they invade and can spread to or from other organs.

An appendix tumor may be one of the following types:

Appendix cancer often causes no symptoms in the early stages. Doctors often only first diagnose people with this condition in the later stages when it begins to cause symptoms or spreads to other organs. Doctors may also find it when evaluating or treating a patient for a different condition.

The signs and symptoms of appendix cancer often depend on the effects of the tumor:
Pseudomyxoma peritonei

PMP may involve cancer cells that leak into the abdominal cavity. Without treatment, its buildup can lead to problems with the digestive system and intestinal blockages. Mucinous cystadenomas and mucinous cystadenocarcinomas of the appendix may cause PMP. 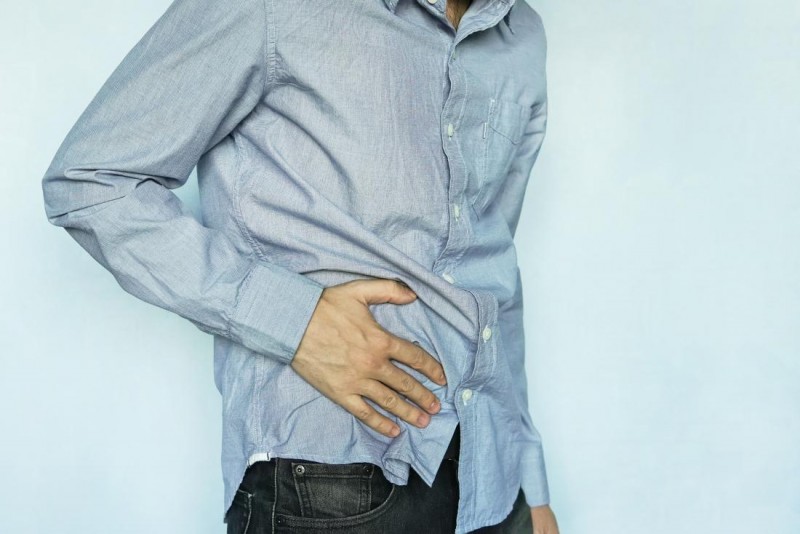 Appendicitis, which is inflammation of the appendix, may be the first sign of appendix cancer. This is mostly because some appendix tumors can block the appendix, leading to the bacteria that are normally in the intestines becoming trapped and overgrowing inside the appendix.

The most common treatment for appendicitis is emergency surgery to remove the appendix. Once the surgeon removes the appendix, a biopsy of the tissue may reveal that the person has appendix cancer.

Appendicitis symptoms typically include severe pain in the abdomen that:

Appendicitis may also cause:

Not all types of appendix cancer will cause appendicitis. For instance, the majority of neuroendocrine tumors form in the appendix tip, so they are unlikely to cause a blockage that could lead to appendicitis.

It is also important to note that many people who get appendicitis do not have appendix cancer. Other factors, such as trauma to the abdomen and inflammatory bowel disease can cause appendicitis. Many cases of appendicitis have no known cause.

Other signs of appendix cancer

If the appendix cancer is malignant, the cancer cells may grow on the surface of other abdominal organs and the lining of the abdominal cavity. This progression is known as peritoneal carcinomatosis. If left untreated, a person may lose function of their intestines or have an intestinal blockage.

Malignant appendix cancer most commonly grows on the surface of the:

Usually, cancers of the appendix do not spread to organs outside of the abdominal cavity with the exception of signet-ring cell adenocarcinomas.

Experts do not yet know exactly what causes appendix cancer. They have not discovered any links between appendix cancer and genetic or environmental causes.

Doctors mostly believe that appendix cancer affects males and females equally. Because it is rare in children, being an adult is the only known risk factor. Most people are between 40 and 59 years of age when a doctor diagnoses them with appendix cancer.

Doctors diagnose many appendix cancers after a person has had appendicitis surgery or when the tumor spreads to other organs, causing symptoms.

It is difficult for doctors to specifically identify appendix cancer on imaging tests such as ultrasound, MRI, or CT scans. Likewise, blood tests are not a reliable indicator of appendix cancer.

Often, a doctor can diagnose a person with appendix cancer after obtaining a biopsy of the tumor.

A person's healthcare team will determine the best treatment for appendix cancer based on several factors, including:

If cancer has not spread beyond the appendix, a person may only need surgery. If it has spread to other organs, the surgeon may be able to remove the affected organs to eliminate all cancer. This may include part of the intestines, ovaries, or peritoneum.

The American Association of Endocrine Surgeons state that most people benefit from surgery that removes the appendix and the right half of the colon, especially if the tumor is larger than 2 centimeters (cm). This procedure is known as a right hemicolectomy.

Some people may also undergo chemotherapy after surgery to help eliminate the cancer.

A procedure known as heated intraperitoneal chemotherapy, also called HIPEC, may be effective against appendix cancer that has spread into the abdominal cavity.

With HIPEC, the surgeon fills the abdomen with a heated chemotherapy solution and allows it to work for around 1.5 hours. This technique may eliminate cancer cells that the doctors cannot see. The surgeon will perform HIPEC after removing the appendix and any visible tumor cells.

HIPEC is new and may have a long recovery time, ranging from 8 weeks to several months. The Appendix Cancer and Pseudomyxoma Peritonei Research Foundation say people with appendix cancer and PMP should find surgeons with experience in appendix cancer surgery and HIPEC for the best outcome.